DISCLAIMER: NONE OF THE PHOTOGRAPHS POSTED ON THIS PAGE ARE MINE. ALL PHOTO COPYRIGHTS BELONG TO AP AND/OR GETTY IMAGES. .

India defeated Sri Lanka in the ICC World Cup 2011 finals to claim the title of One Day International World Champions. India is already the Number #1 Test team in the world and India won the last T20 World Cup. Undoubtedly, today, we are THE best cricketing nation in the world!! 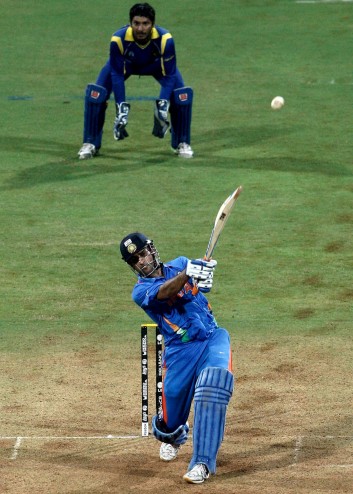 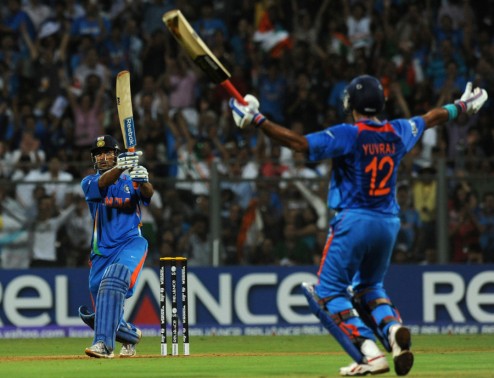 A lot was made of the team that won the 1983 World Cup and their legacy continued for 28 years. But today history has been re-written by Dhoni, Sachin Tendulkar and the boys! Sachin Tendulkar, arguably the best batsman the world has ever seen, finally got the chance to hold the one trophy that has eluded his illustrious career – the World Cup! I’m so proud of him; so proud of our team; so proud of India! 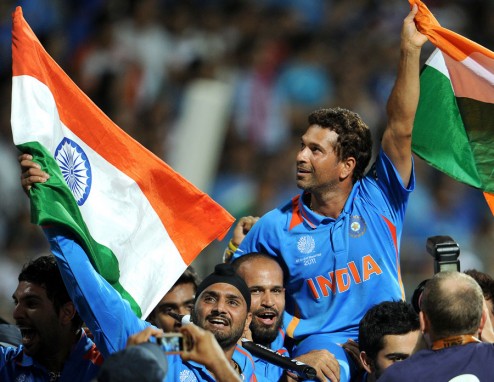 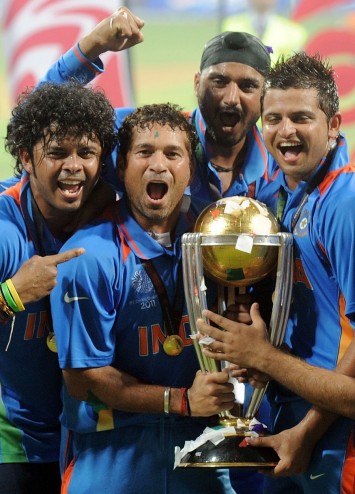 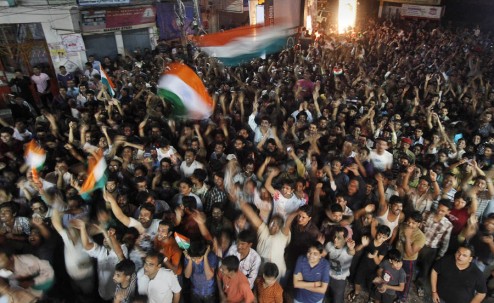