I used to listen to Skillet a lot since my teenage days and I was a fan of their violin-rock combo. It kicked arse! My favorite album was easily ‘Comatose’. A couple of months after I reached Seattle, I got my chance to see them live. This was also my first concert on American soil! The ‘Awake and Alive 2009 Tour‘ concert was held in the ShoWare Center at Kent, near Seattle, and featured rockers Skillet, Decyfer Down, Hawk Nelson and The Letter Black.

This was my first Concert Photography experience as well and I totally loved it! When two of my biggest passions (Music and Photography) meet – what can go wrong? After attending more concerts later on, I realized that I was fortunate to be able to take my ‘big’ camera inside! Even after reaching a few hours early for my next concert in order to get a good view for photography and after I was just third in the line, I had to shove my bag into coat-check because my camera was too ‘professional’! I was able to attend only one more concert where they allowed DSLRs inside and that was the Project 86 concert which was quite a memorable one for me. More on that later!

The below two shots feature one of the violinists from Skillet. I loved the spot lighting on him and the compositions just made sense to me. 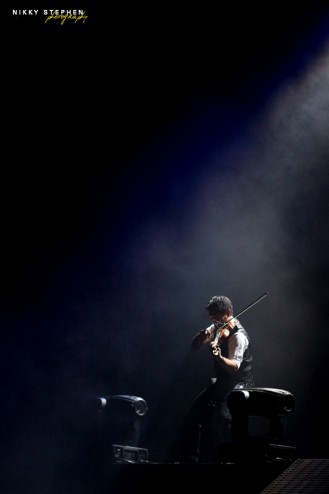 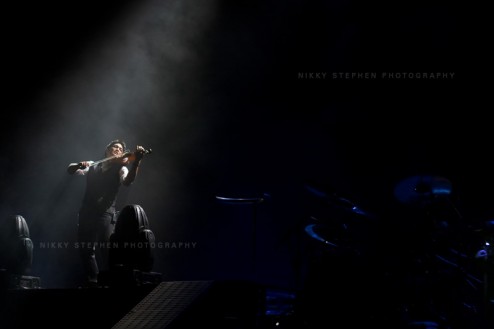 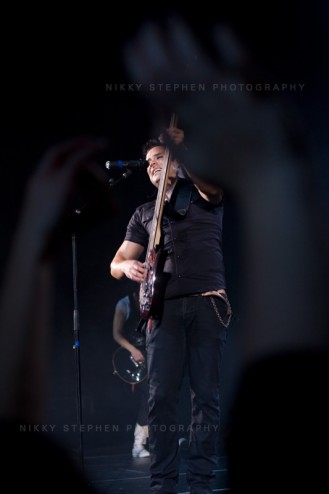 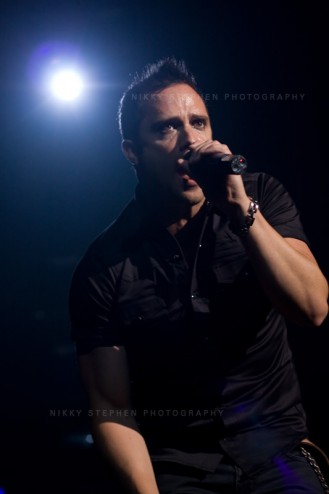 The full band! I bought a VIP ticket which cost me $5-10 extra and it gave me early entry to the concert which helped me get in pretty darn close to the stage! Close enough for my 50mm! We also got a chance to interview them and that’s when they gave this pose. 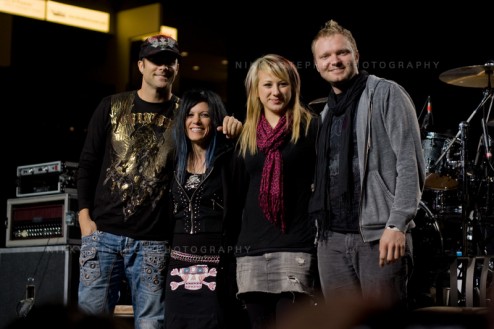 One thought on “Skillet (Live in Seattle)”