Easily my most favorite photo trip ever, the Palouse (pronounced “pal-loose”) was not just an enjoyable weekend-getaway; it was an experience. The Palouse is a region in Eastern Washington consisting of wheat and barley farmlands more-or-less. Having never seen the countryside in the US, I really enjoyed the entire trip. This first post contains some photographs that were captured on the way to the Palouse. I had rented a lens (my first time) for the weekend – the absolutely fantastic Canon 70-200 f/2.8 IS lens. I took most of my shots with this and my Sigma 10-20 coupled with my CPL and ND filters. 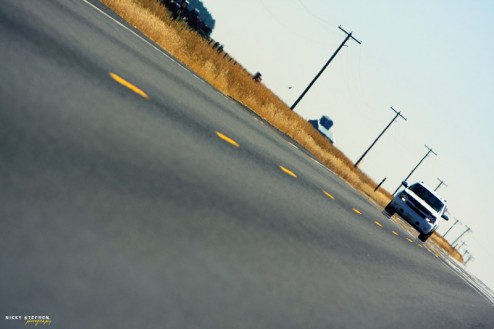 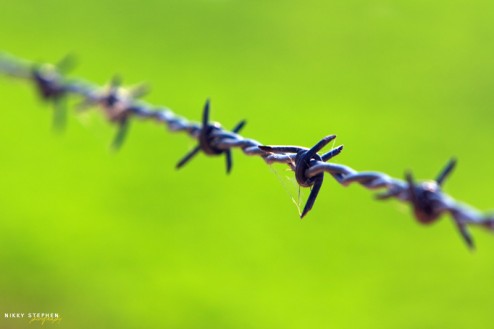 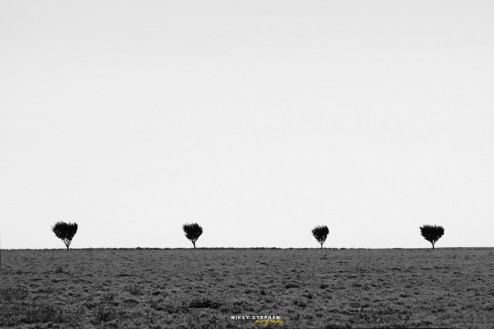 Then we stopped for gas and I saw this cute fella on a near by car. If he/she looks familiar to you, think ‘The Mask’. The same dog stars in the moves as Milo. FYI, this is a Jack Russel Terrier. 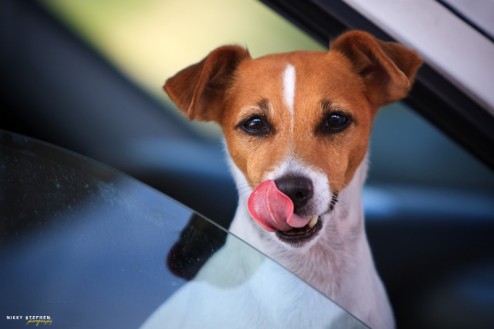 And away we went again. 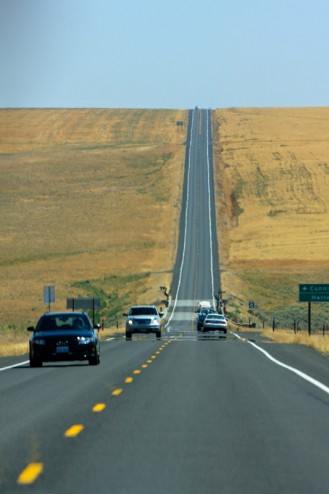 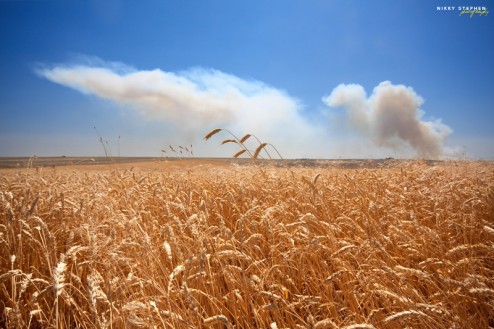 Me amongst the wheat (Photo by Sanoj): 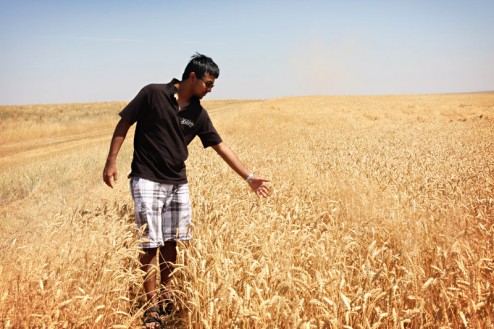 Continuing our trip with beautiful rolling hills on the sides… 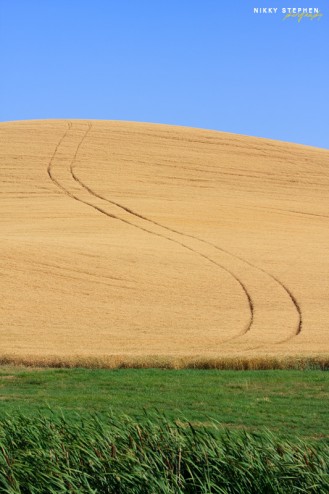 … and lots and lots of wheat fields. 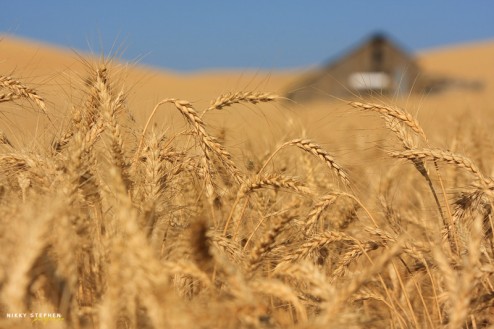 And then we came across the tractor. The tractor we were all dying to see (ok, maybe I am exaggerating a bit). The *wait for it*LONELY tractor. And she was a beauty. Just sitting there on top of the curvaceous field. Isolated. Reticent. Coy. Beautiful. This sparked a quest for the lonely house, the lonely barn, the lonely tree, , the lonely truck, the lonely cloud, etc, etc.

It was here that I was able to take some of my most favorite photographs ever. 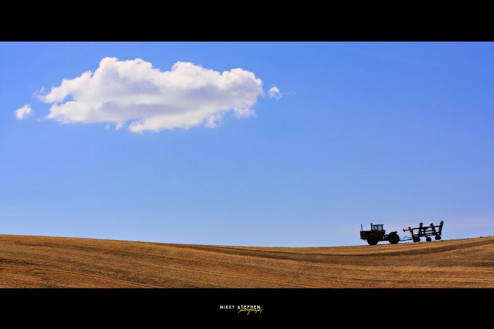 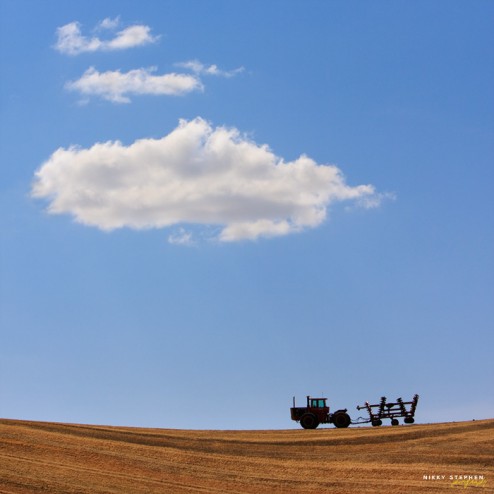 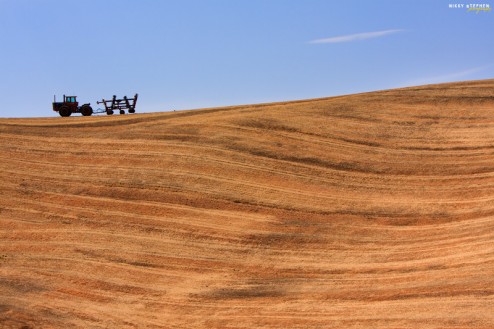 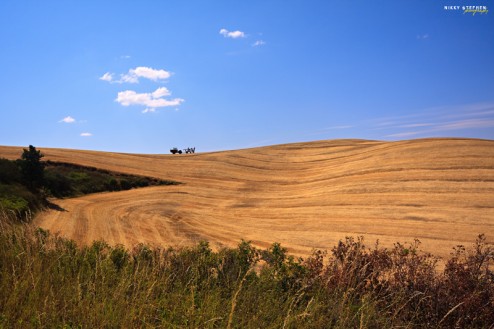 A near by field: 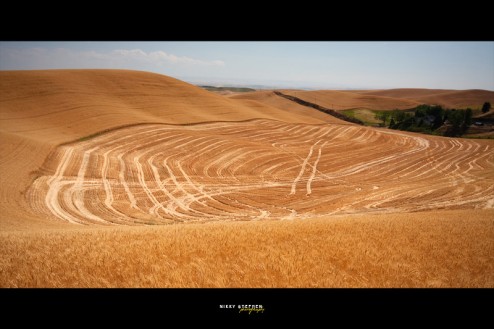 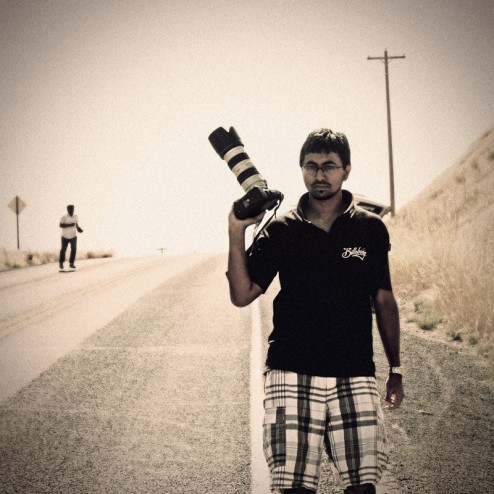 The last and final detour we took was the most exciting! It was time to go off-roading. And trust me, we did some serious off-roading. I was honestly scared. The rental company would sue us if they knew what we did with the SUV. But damn… that was fun. One of us would drive the car through a really dusty path and do some skidding and stuff while the other two photographers would stand outside and shoot the SUV, the dust et all! We took turns to drive the car and shoot. 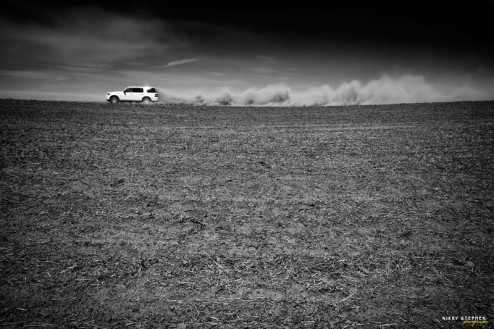 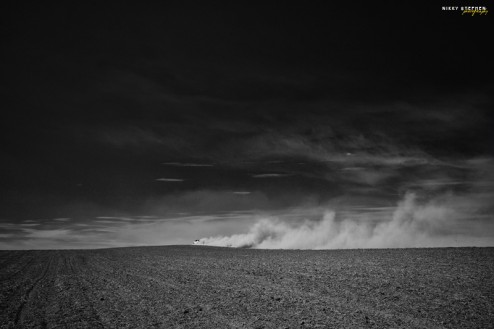 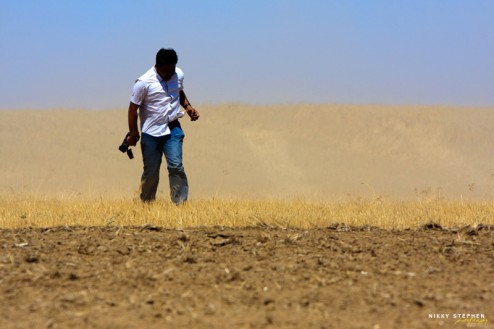 Check out Part 2 of the Palouse Experience!