Continuing the first part of my trip to the Palouse in August ’10.

After all the lonely tractor shots and the off-roading, we drove to Pullman, which is the largest city in the Palouse and the home of the Washington State University (which is the home of the Cougars football team). We definitely noticed that latter when we walked around the Pullman downtown. The only people we saw on the streets were college students. We relaxed at a coffee shop, drank coffee and I ate an extremely delicious triple chocolate cake. Slurp! Before we left the coffee shop, I asked the owner how late the restaurants are open in Pullman, in case we reach back late from our trip. She said, “Oh, they are open very late”. I asked exactly how late. She replied “… very late. Till around 8pm”. Okkkk. Wow. That’s darn late! We didn’t want to take a chance and bought some pizza.

We headed out again, still undecided on the destination. Shot some snaps on the way. The shadow looked like a flying saucer! 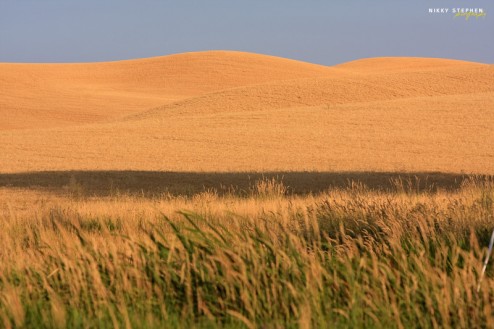 Shot while our SUV was moving and hence not too sharp. 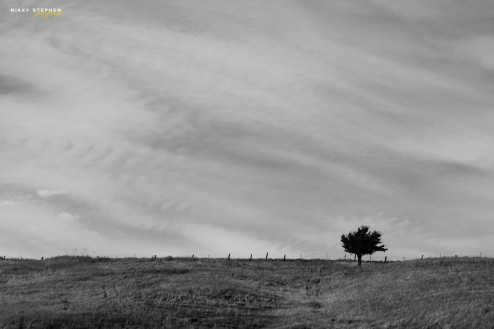 We then decided to head to the Steptoe Butte State Park, a location from where we had seen numerous photographs of rolling hills and incredible natural lighting. Steptoe Butte (pronounced “byoot”. We learned that from a cop who pulled us over. That’s right – a cop.) was like a a pointed hill and had a narrow strip of road leading us to the summit. I had rented the 70-200 just because of the telephoto photographs I saw from this place. We reached the summit right on time for sunset and we were greeted by around 30 other people; mostly photographers, with huge telephoto lenses, big solid tripods and numerous filters. Geez. Without a doubt, the view from the top was spectacular, just like in the photographs. We got a 360 degree view of acres and acres of rolling hills and tractors and up-and-down roads. 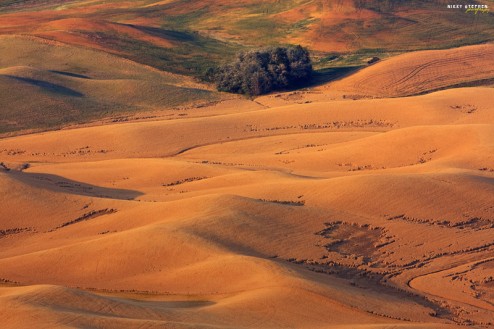 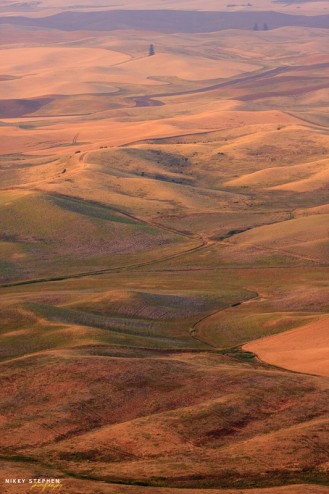 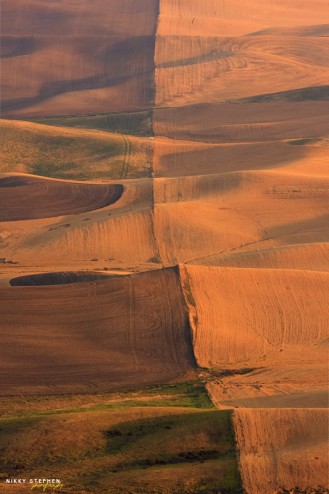 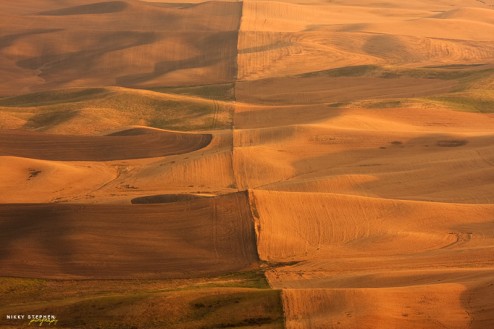 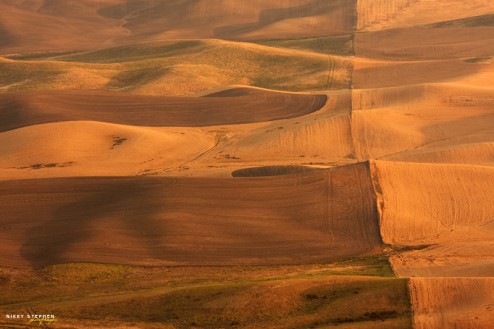 There were photographers everywhere! 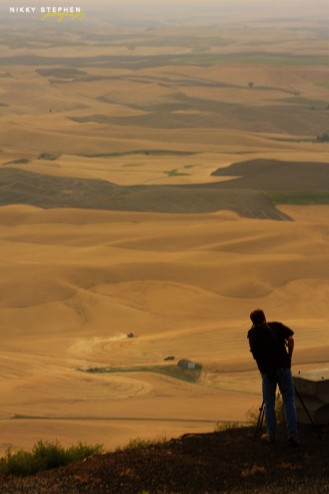 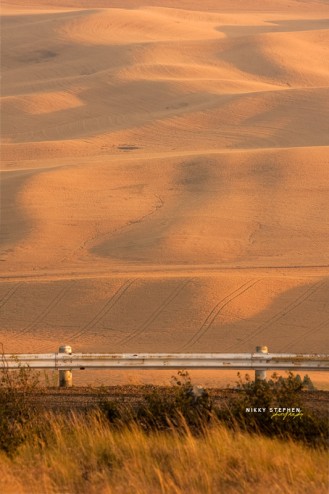 This was a more zoomed in shot of a tractor (or is it an harvester?) harvesting wheat. I liked the natural curves of the field. 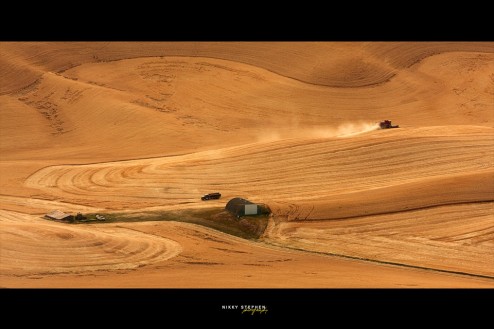 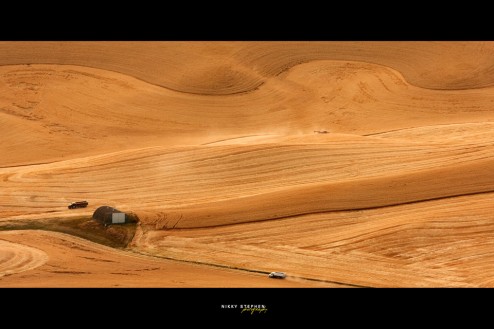 The first one was underexposed (in post-processing as well) to highlight the sunrays. If you look towards the bottom of the photo, it’s the scene from the previous photo! 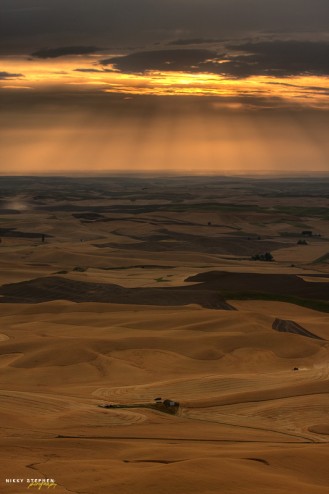 The sunrays creating some magical haze. 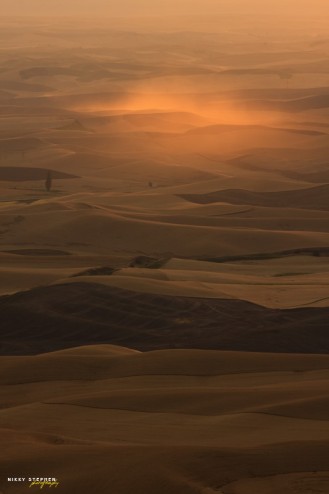 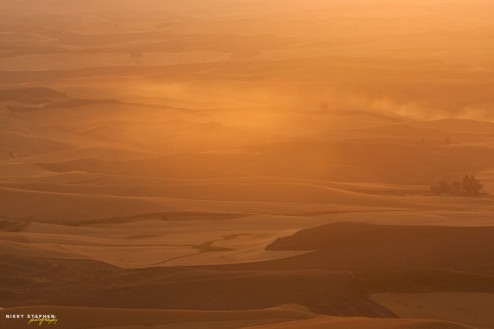 We later found out that there were a photography group shooting there led by a famous Flickerite. Darn it, I forgot his name. Anyway, he was teaching others the spots to shoot from, the lens to use and the exact time to shoot. After sunset got over, we ate our dinner there, on the top of Steptoe Butte. Pizza and Coke while gazing at a spectacular view. Two thumbs up.