Continuing the second part of my trip to the Palouse in August ’10.

My second sunrise shoot ever! Sanoj, Michael and me woke up an hour before sunrise and drove towards Kamiak Butte as planned. As we approached the main gate, we found out that Kamiak Butte opens up around 4 hours later! So we headed out aimlessly for a while until we came across a ‘lonely barn’! We were right on time to catch the fantastic color show. 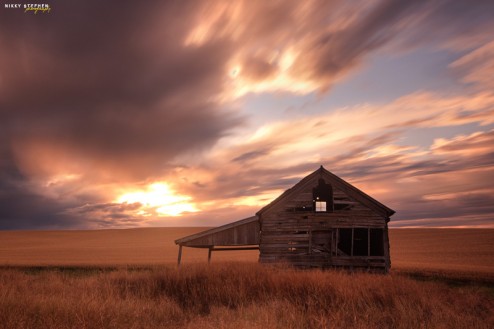 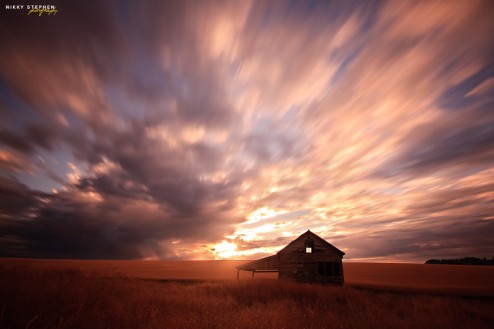 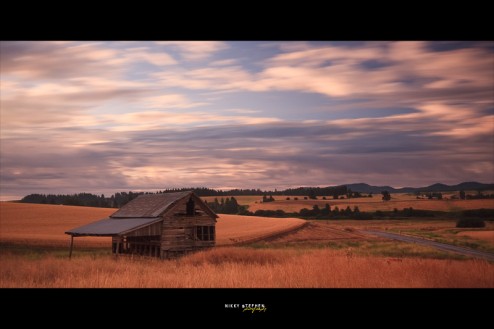 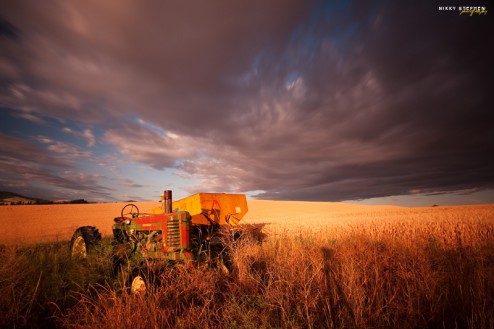 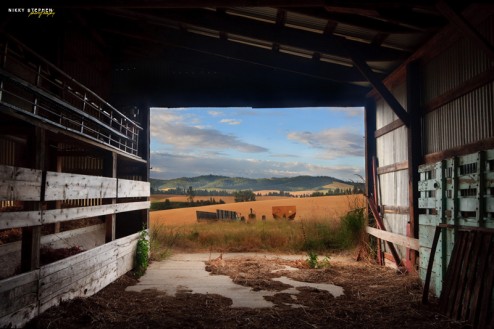 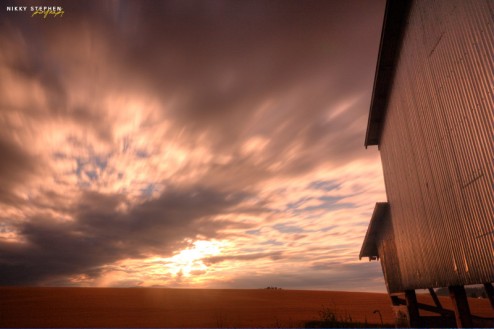 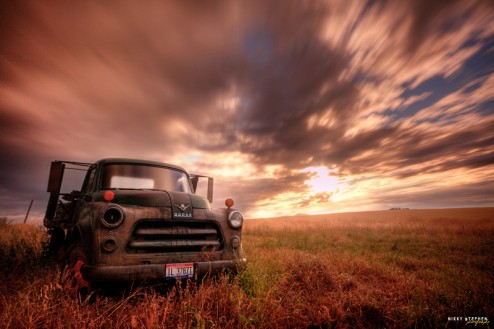 A few hundred yards away, we came across this quiet little hill with lots of hay bails and had a ball! That’s me jumping the Palouse! w00t! These were shot by Sanoj and Michael. Thanks guys! 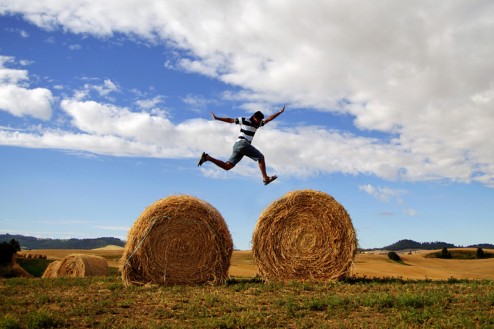 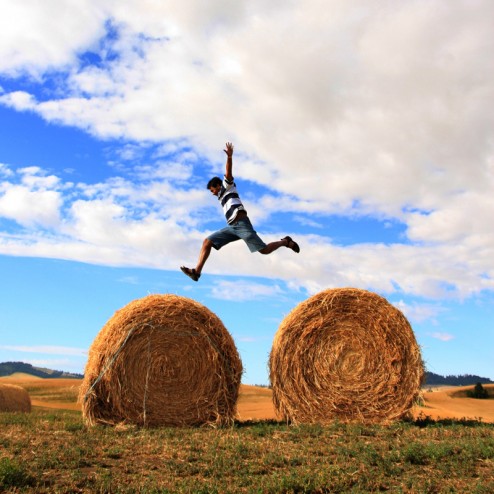 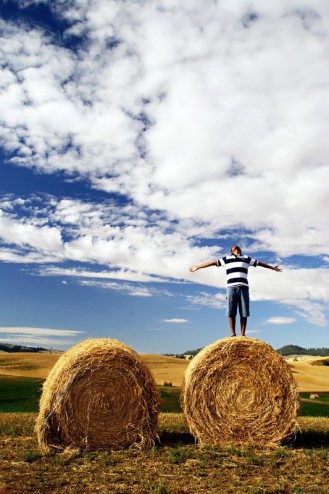 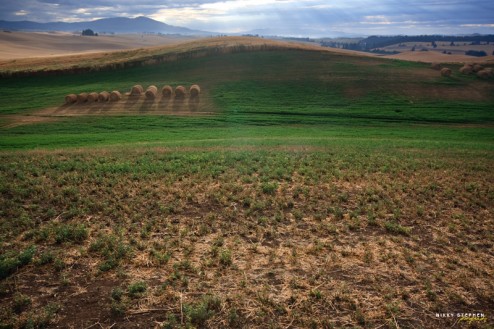 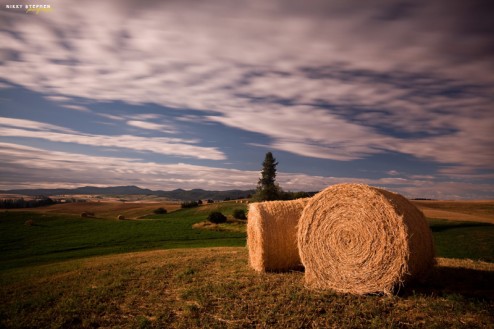 And here is a pathetic attempt of a 360 degree panorama. I used my CPL filter and due to the vignette caused, the images could not be stitched seamlessly. Panorama 101, I guess. Darn it.

After the sunrise shoot, we want back to our hotel and collected the other two non-photographers, checked out of the hotel and headed out again. Aimlessly. Again. And again, with amazing luck, we found another ‘lonely barn’; but this was more abandoned and wrecked that the previous one and was surrounded by beautiful flowers and green hills. The sky was bloody brilliant with tons of cotton ball clouds! But walking towards the barn was a really pain! Literally! Amongst the beautiful flowers, lied a sea of thorny bushes and the worst part was that I was wearing shorts! The skin below my knees was completely bruised and it hurt like anything. But at the end of it all, I came out with some keepers! I used my Sigma 10-20 and my CPL Filter for these shots. 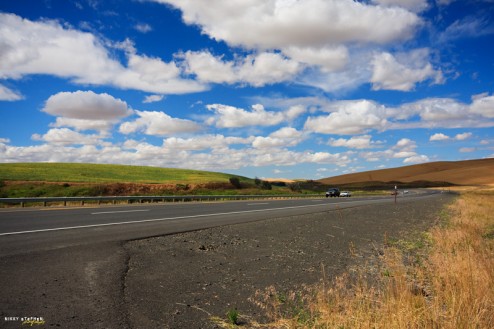 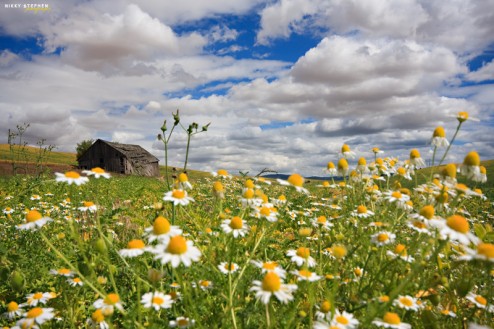 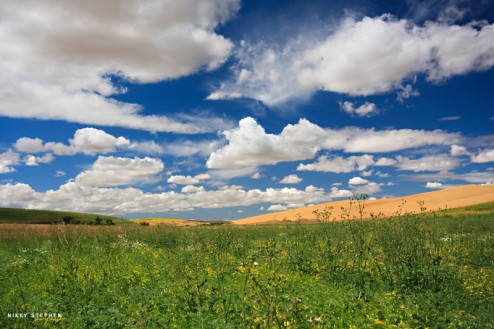 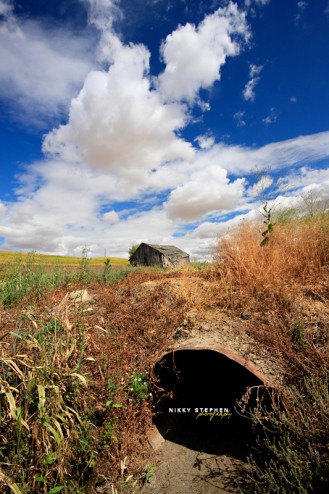 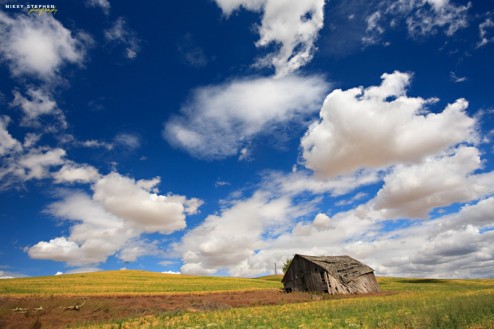 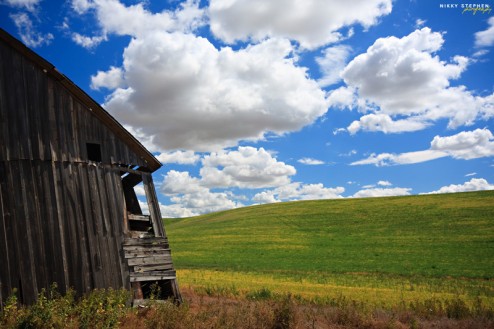 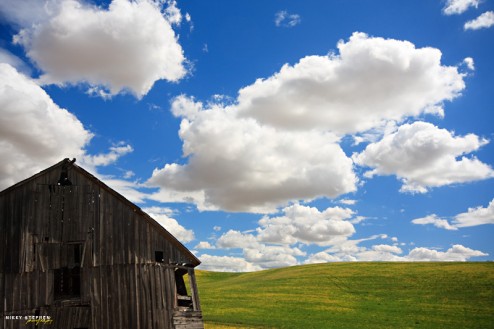 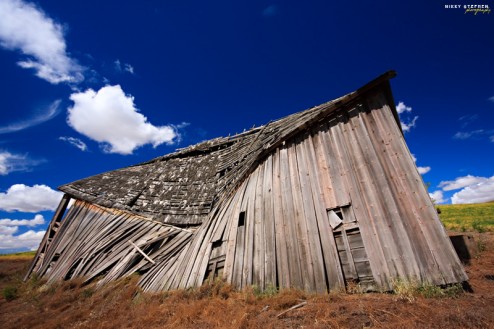 And finally, I am ending the three part loooong series of my Palouse 2010 photographs with this random shot from a random hill in the Palouse. Shot with a Canon 70-200 f/2.9 IS. ALIENS APPROACHING! 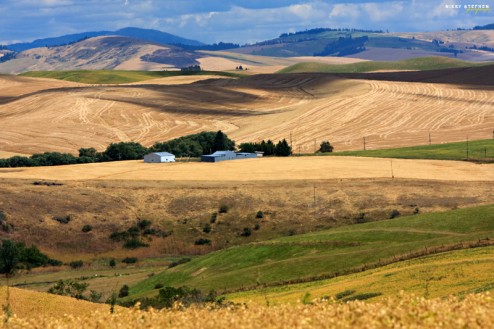